Young and Stylish: 3 kids, who dress better than adults.

By chat hookup apps
Transformers, Tamagotchi, Pokémon, and Bratz – these toys are not for children of the present. Nowadays a great majority of kids tend to be more creative and express themselves through clothes. They never chose simple outfits but mixed them up with cool accessories and expensive sneakers. Here are some picks of the most well-dressed kids on the fashion scene.

Coco Princess, who is only 7 years old, is already extremely popular influencer on Instagram. This tiny star is from Harajuku (Japan), where her parents own a vintage boutique Funktique Tokyo. According to her mom’s words, she took her daughter to work since she was only 2 years old. It’s not surprising that she became interested in fashion in early years. Harajuku district is well-known for its shopping and unparalleled people-watching. 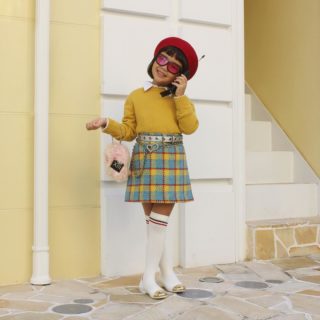 The idea of making an Instagram account came to Coco’s Mother, after many people’s suggestions for creating it. However, the little girl selects a photo, which will be posted and adjusts color balances to her liking. Despite of the fact that the girl is so famous at the moment, Coco still lives the normal life of a kid, just one who is followed by more than a half of million followers daily. She likes what she does on Instagram so far, but in future, she would like to be a hairdresser, a patissier, or a chef.

Handsome and stylish guys on the Instagram is not a surprise for anyone anymore, but when the guy is only 10 and he has the perfect style in clothes – it definitely takes an attention of everyone. 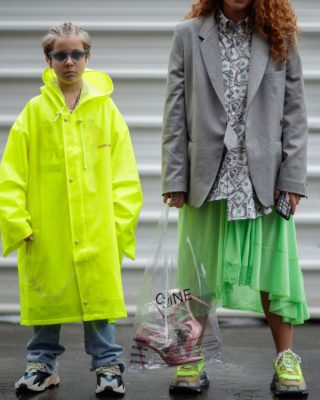 The famous fashion designer Natasha Zinko firstly attended the fashion show with her son last year and left street style photographers really impressed by their both style. Like mother, like son – as it says. His collection includes pieces from Balenciaga, Off-White, Supreme, and Gucci. Ivan has already represented his capsule collection for Mother’s label, hanged out at Dolce&Gabbana show and took photos with Bella Hadid. Sadly, apart of his bio which says “Yep, I’m a kid”. No one knows more detailed information about him. We have a feeling it might change in the future.

Three art shows in the biggest cities such as Seattle, L.A, and N.Y – sounds fine, until you realize that this girl is only 9 years old. According to her mom, Giana always liked drawing and grew up surrounded by the collection of fashion magazines, which her mother collected. No wonder, why she started to be into fashion and art.

She tends to wear Vans or Nike and denim but also likes camouflage. In addition, her likes also include dots, stripes, and tons of colors.