Who are you, Virgil Abloh?

“Virgil Abloh designs costumes for New York City ballet”, “Virgil Abloh presents his Harvard lecture as a book”, “Virgil Abloh makes debut for Louis Vuitton in Paris”, “Virgil Abloh can seemingly do no wrong when it comes to partnerships” and many other news, which we constantly see, when we surf on the Internet. But what exactly we know about this talented fashion designer, artistic director of Louis Vuitton and the chief executive officer of Off-White except this bright headings?

Who are you, Virgil Abloh?

Born in 1980 to Ghanaian parents, Abloh grew up outside of Chicago. This place he still visits several times per year. The successful designer attended Boylan Catholic High School, where he met his future wife – Shannon. He acquired his degree of civil engineering at the University of Wisconsin-Madison (2002) and later graduated from the Illinois Institute of Technologies with the master degree of architecture (2006). By his words, his first degree was totally boring. His parents’ dream was to have a child, who graduated from college. In addition, he really liked skateboarding at that time. The designer noticed, exactly skateboarding sparked his interest in fashion. All the skateboarding brands that he was into had graphic T-shirts. In the ’90s, there were different styles that went along with the different influences in skateboarding, whether that be hip-hop or rock and roll and grunge.

In 2003, he started his partnership with Kanye West. During that time, Abloh often saw Kanye at the clubs in Illinois and got acquainted with his manager – John Monopoly. Abloh suggested to make merch and designs for Kanye’s album covers and they began officially working together soon after. In 2006, he became a regular contributor to “THE BRILLIANCE!”, where was posted an interview with Virgil Abloh. From the interview, we can find out that his favorite skateboarders were Lev Tanju and Sean Malto. He chose videos over GIFs, but GIFs always feel like magic to him. He really likes Stockholm, because he didn’t expect much from this city at first. And, in addition, his top 3 most-played tracks on iTunes were: BEEN TRILL soundeffect, Frank Ocean – Pyramids and Chief Keef – Love Sosa.

Three years after, in 2009, Abloh and West became interns at Fendi in Rome. They got $500 dollars per month.  Michael Burke admitted that he was impressed by the vibe, which both of guys could create at the studio. This intership at Fendi helped him to convience himself that he could create fashion as well. However, before the   Fendi intership there was a failed try to intern under Raf Simons. Recently Raf Simons said his opinion about Virgil   Abloh.: “He’s a sweet guy. I like him a lot actually. But I’m inspired by people who bring something that I think has not been seen, that is original.”

After a while, Virgil Abloh became a creative director of Donda, the creative agency of Kanye West. Later on, Abloh was an   art director of the album “Watch the Throne” by Kanye West and Jay-Z. That was an achievement, that earns him a   Grammy nomination. By talking of his partnership with Kanye West, we should add that Virgil Abloh was a co-designer of   Kanye West’s “808s & Heartbreak” cover art and worked on Pastelle clothing line with Kanye West. He was also an art director for Kanye West’s “My Beautiful Dark Twisted Fantasy”, which Kanye released in 2010. 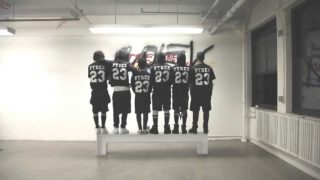 In 2012, Pyrex Vision was a brand by Virgil Abloh that started the movement of streetwear becoming an ambiguous term.   He came up with this name for a brand just by putting two words together, that he really liked. The designer just started to make his first steps into fashion, with a collection of Champion hoodies, socks, shorts and tees. Moreover, he slapped his   logo onto Ralph Lauren flannel shirts and charged $550 for the each. “Pyrex wasn’t fashion to me”, Abloh explained in the   Summer 2017. He realized that it was just one-time thing, but he wanted to do something lasting. His goal was to make a   dialogue between streetwear and high-fashion, so with his Off-White project he reached the goal.

Finally, in 2013, Abloh launched Off-White and in 2015 he was the only American to become a finalist for the LVMH prize for young fashion designers. Off-White is currently in a state of success where it could be debated that anything it sells will be subjected to consumerist hype. Although as Abloh said later, he does not consider Off-White as a fashion brand, Off-White is like a playground where he attempts to get the world to understand his ideas. Interestingly, that his idea with a ‘crosswalk’ pattern was meant as an international symbol, while people speak different languages.

Last year, he made the announcement of a collaborative exhibition with Takashi Murakami. Just some days ago the exhibition «Murakami & Abloh, Technicolor 2» was opened in Paris, right after Off-White and Louis Vuitton fashion shows. In 2017, Virgil Abloh also released his first song and opened his New York store, made collaborations with Warby Parker, Jacob the Jeweler, and Jimmy Choo, partnership with Nike. Abloh re-created 10 of Nike’s iconic silhouettes in a work-in-progress style, each adorned with a safety tag around the laces.

Just few months ago, Abloh was named the artistic director of Louis Vuitton’s menswear collections. Although his first debut was very impressive and highly emotional, most of directors, celebrities and designers left the show with the feeling that a fresh page had just been written in the book of fashion history. On a show, Abloh explained to guests that he would not describe himself as a designer or an image maker, but that he wanted to “define the title of artistic director for a new and different era”.