By cons of dating a gemini

Today i’ve interviewed one of my favorite female DJ’s/creator/artist and all out badass!

best dating sites in coimbatore Is a Producer/DJ and a straight BOSS who’s also got her own fashion project called guy dating app! I first found out about her from music shows I was throwing in LA a few years back, she had been a part of some of the bass crews in San Francisco and caught my eye off one of her mixes on her Soundcloud. “Her infectious blend of futuristic bass, house, dubstep, and tastemaker electronica sets her apart from her contemporaries in the San Francisco scene.” Be sure to stay on the lookout for her in the future. You’ve been warned… 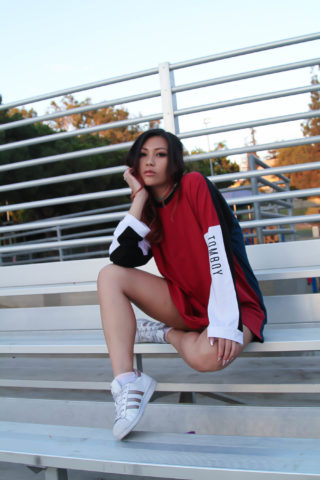 -Yo whats good Morgan?! Thank you so much for being with us on SWC! Hows it going?

Hey SWC! I hope everyone’s had a very good start to 2018 so far. I have been staying pretty busy lately, so that’s good news!

-Can you tell us a bit about yourself… Where you’re from and how you got into music and fashion?

I was born in Taipei, Taiwan. I moved to the bay in ’96 and have been a resident ever since! I grew up playing instruments and studying classical music; I was a band nerd I did all of it, Orchestra, Choir, Wind Ensemble, et al. I really wanted to maximize my time every day to revolved around music as much as I can. When I turned 21 I was feeling like I had pretty bad social anxiety and needed to learn to get over that so I got myself a job as a street promoter flyering for a company called YBR in SF. Everything kinda took off from there—I started throwing shows at Club Six, then eventually I started DJing. I got into the whole fashion thing as a MUA/Hair stylist to start. I really loved doing make up and hair, went to school for it then worked for salons, private clients, and big fashion house companies from there. After years of working for several start ups in different settings, I eventually aquired the skills I had to start my own store, so I did! All these happened simultaneously, and I feel really blessed I been able to manage both. 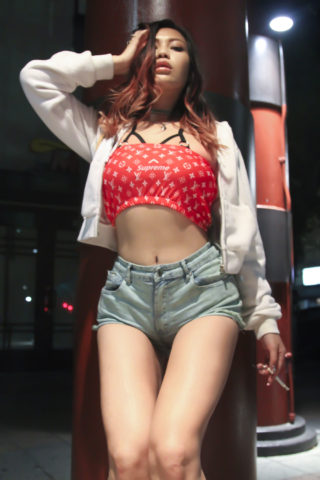 -If you could choose one shoe what would it be and why?

Sneakers, definitely. I love my heels and boots, but you can’t do much in them. I wear my Adidas Superstars or my Jordans/Air Forces way more than I do any heels in my closet. They allow me to run all my errands with ease, they are comfortable, I don’t mind getting them dirty, and most of all, if I’m working in a bad part of town, getting into a bad situation, maybe being confronted by a zombie apocalypse, I wouldn’t to be some helpless deer in the headlight that can’t run away easily if I have to haha.

-Who are your influences in music right now?

So many people! I have gone back to my piano and classical roots a lot the last few of months, a couple of composers have been on repeat for me including Yann Tiersen and Giya Kancheli. I been getting a lot of my jazz inspiration from Miles Davis the past year, I just love everything he does (of course, because he’s dad lol). I’ve been making a lot of super chill smoked out RnB / Hip Hop type sounds and I listen to artists the likes of DVSN, FKJ, Goldlink, and Saba. For the electronic stuff I been sticking to a bass-oriented sound and working with artists like UFO, and Djunya who are my two biggest influences in terms of production. I have been really enjoying my 130 bpm ranges as well for the hype DJ sets, loving artists like TVSI, and still supporting all of the Club Cheval stuff. In terms of Analogue influences, Swayzak will always be my number one influence. There are just too many to name lol I would have to sent you screenshots from my crates for full coverage!

-Would you like to share anything we should be on the lookout for here at SWC? Anyone your repping music/fashion wise or anything in general?

Music-wise, please always be on the look out for my dudes Truth, UFO, Djunya, Manics, Baby J, Bon Voyage, and Shamon Cassette. They are some of the most talented producers, MCs, singers, and all around good people that I know. My babes like Bianca Oblivion, Saturn Rising, Wenzday, Uniique, Noir and J Drago from @JukeBounceWerk are all doing amazing jobs out there and putting out great tunes and bring on amazing performances. And that about covers everything from house, footwork, dubstep, bass, to indie pop and jersey club!

Fashion wise I am always supporting my Taiwanese partners DVMVG and Mary Jane Nite. My boo’s in LA Monica and Kiona recently started an eyewear brand that is super cute called @Eye Lust! And I’m a super huge fan of anything Freakcity LA does. 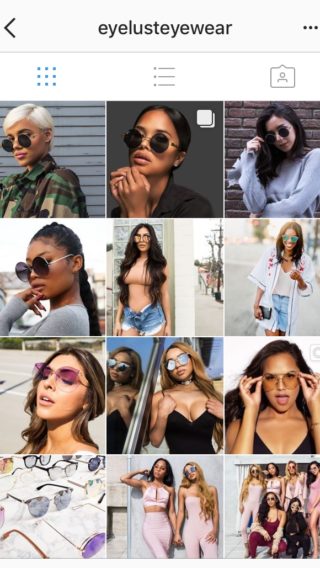 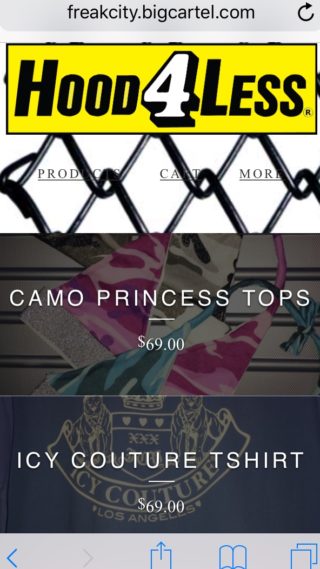 -What to expect from you in the future? (Any projects releases and shows?)

I have a show with DJ Assault at Monarch in San Francisco on Tuesday, January 23rd. And I have many projects in the works that will be released under my new name WolfBaby, including piano sample packs, baby making music, tunes to smoke the loudest weed to, and some ambient sounds on the way. I will be doing a lot more collaborations this year, I been feeling the collective creative vibe a lot the last couple of years, so expect cool things from some of my favorite producers and I! 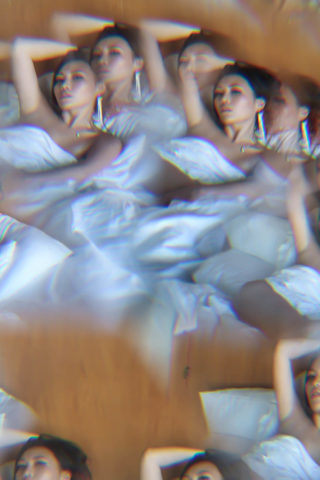 Thank you so much for sharing about your many talents and inside scoop of what’s to come Morgan! We look forward to hearing from you in the future!!

Included is one of her latest songs called, Cloudy Days. Stay locked and follow this babe down below.