By the anti social anxiety dating sight 35 to 40

Visages, designers and stylists showed the new tendencies to the whole world during each of the past fashion weeks. There were many ultra-bright shades of eyeshadows, which will be extremely popular for the next summer season. Furthermore, there were seen a lot of 90’s makeup trends. The most unexpected makeups were made on models for an Anna Sui’s show, though. Pat McGrath was the lead makeup artist, who made a decision to use no-makeup makeup with holographic highlights. So, let’s give a detailed look for the makeup trends of 2019, which you should try. 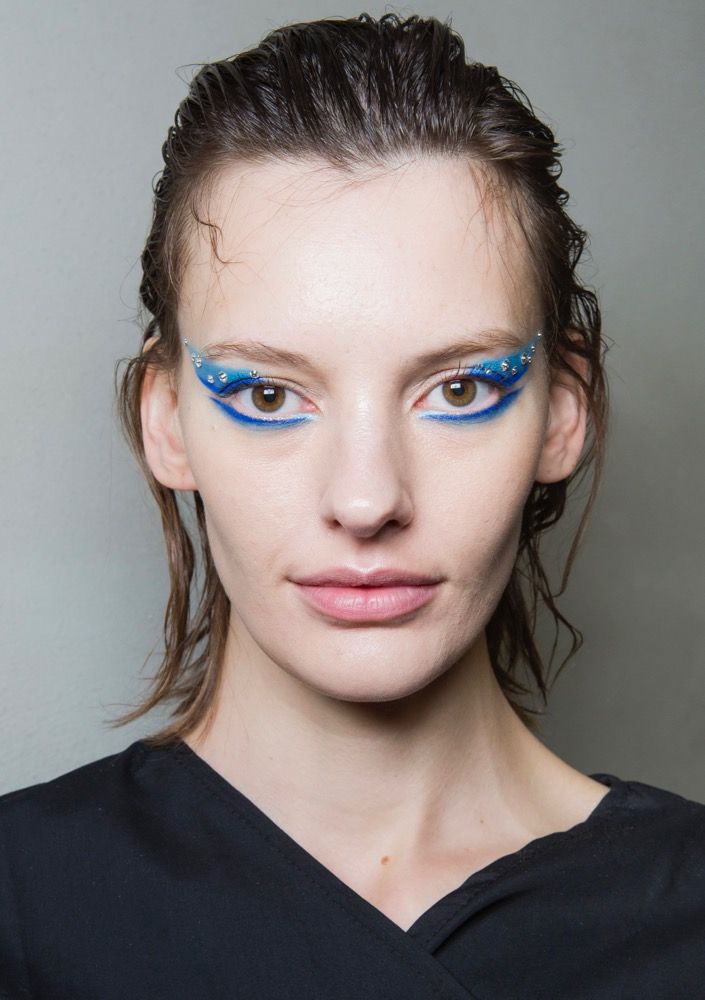 The most dynamic color on the runaways was represented by many well-known designers. For example, models had glam rock cat eyes with rhinestones and decorated with neon blue at Prada. It was something really awesome looking and extravagant. The blue under-eye liner at Chromat was definitely perfect for a night out.

A classic red lipstick was frequently seen on the models at Brandon Maxwell, Dolce & Gabbana, No.21 shows. In short, this alluring lipstick shade was mostly used by makeup stylists during New York’s fashion week. However, a red lip is considered widely popular and even aspirational over the century. Runaways in London were full of the models with pink-shaded lipstick, whereas makeup artists in Milan were tended to choose brown shades of lipstick.

Perhaps, the only one type of makeup, which no one will be scared to try in real life. Despite the fact that there is a natural light pink shade on the lips or a small amount of blusher, you don’t make your eyes stand out with natural makeup. Balmain, Isabel Marant, and Jil Sander models looked like they do not have makeup at all.

Inner corners of the eyes.

If you want to try something unordinary, place the eyeliner on the lid. All you need is a colored liner on the inner corners with a lip and nose highlighted.

No, the colored mascara is not a thing of the past. The beauty looks at fashion weeks showed us that there is a large number of colored mascaras in demand and availability. Additionally, it looks fresh and vibrant. At Concept Korea, models’ eyelashes were coated in white frost. At Dries Van Noten, a royal blue shade looked fascinating.

Summer nail trends to inspire you for your next appointment

By the anti social anxiety dating sight 35 to 40